"This has to be one of the most entertaining shows I have seen in years! My sides ache from laughing so hard! I would definitely recommend this show to everyone who loves to have fun and likes interactive entertainment. Fun for the whole family!"

John E. on February   Menifee, Ca.
"I hired Randy for my wife's 50th surprise birthday party. His talent is amazing, and he makes it fun. Witnessing him hypnotize several people at once is a must see LIVE!! Party participants did things under hypnosis (nothing bad) that you wouldn't believe. It was almost unbelievable, until I spoke with the participants afterward, and they themselves couldn't believe what they did until they saw themselves on video. This was the highlight of the party . I recommend you hire Randy for your upcoming party. You will not be disappointed!!" 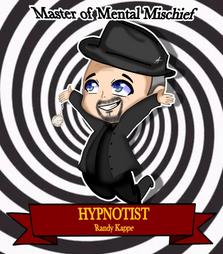 "Randy's show is FANTASTIC! I got a chance to catch his show at Ace's comedy club last year and it is the BEST comedy Hypnosis show I have seen. He's is very original, and makes the show about the audiences and not himself. So much fun and unique. Highly recommend for anyone seeking original entertainment!"

​ Ana R.    Santa Fe Springs, Ca.
"Randy was great with the audience. He had them laughing.
He explained the way hypnosis works to our guests and even showed them an example of how it could work. Then he did his thing with those that volunteered! He was very friendly and professional.
Thank you Randy!"

Stephanie M.    Fullerton, Ca.
"We hired Randy for our daughter's graduation party. We wanted a show that could relate to all ages. Boy did he deliver ! He amazed us with his talent and had everyone engaged !

We never laughed so hard. Everyone talked about the party for days !

Thank you so very much for making the party a great success!"